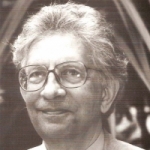 He is founder and director of the international 'Ancient Commentators on Aristotle' project devoted to the publication of translations of philosophical texts from the period 200-600 AD, texts that formed the necessary bridge between ancient philosophy and later thought both in Medieval Islam and in the Latin-speaking West. To date over 60 volumes have been completed.