Lectures of speaker:
Notice: Undefined offset: 1 in /var/www/html/maybeorstaging.com/index.php on line 112 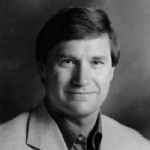 Professor John D Barrow FRS has been a Professor of Mathematical Sciences at the University of Cambridge since 1999, carrying out research in mathematical physics, with special interest in cosmology, gravitation, particle physics and associated applied mathematics.

Since its inception in 1999 John Barrow has been the director of the Millennium Mathematics Project which aims to improve the understanding and appreciation of mathematics and its applications amongst young people and the general public. This has born fruit with the Project's receiving the Queen's Anniversary Prize for Educational Achievement in 2005. Further to this, he has received many awards and prizes for his own research in mathematics and astronomy, including the Locker Prize for Astronomy and the 2006 Templeton Prize.

He is the author of over 420 articles and 19 books, translated in 28 languages, exploring the wider historical, philosophical and cultural ramifications of developments in mathematics, physics and astronomy. He has also delivered lectures in a perhaps unique combination of locations including 10 Downing Street, Windsor Castle, the Vatican Palace and the Venice Film festival. He is also the author of the (Italian language) Infinities, which won the Italian Premi Ubu award for the best play in Italian theatre in 2002.

The appointment of Professor Barrow to the Geometry chair at Gresham College repeats a feat only previous achieved in 1652 by the founding member of the Royal Society, Lawrence Rooke. Having been a highly popular Professor of Astronomy between 2003 and 2007, Professor Barrow is only the second professor in Gresham College's four-century history to have been appointed to two separate chairs.

Professor Barrow's Geometry lectures complement the topics covered by his predecessors in the chair of Geometry Professor by focussing on the application of mathematics to familiar things. His aim is to show how mathematics is all around us and tells us many things about the world which we couldn't learn in any other way. The everyday mathematical problems that he will address reveal the importance of fascinating pieces of simple mathematics.