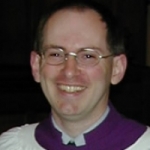 Owen Rees is a Reader in the Faculty of Music, Fellow, Tutor and Organist of The Queen's College, and Senior Research Fellow of Somerville College.

Born in 1964, he read music at St Catharine's College, Cambridge, where he held an Organ Scholarship. His postgraduate research was likewise undertaken at Cambridge, under the supervision of Peter le Huray and Iain Fenlon, and he completed his doctorate in 1991. He was Lecturer in Music at St Peter's College and St Edmund Hall, Oxford, 1989-1991, and then Lecturer and — from 1996 — Reader in the Department of Music at the University of Surrey. He took up his current posts in Oxford in 1997, and was promoted to reader in 2006.

He is active as both scholar and performer, and these two areas of his work inform one another. His research is concerned principally with music from 1450 to 1650, particularly in Spain and Portugal, and in England. His monograph on the largest surviving collection of early Portuguese musical sources — from the Monastery of Santa Cruz in Coimbra — deals both with Portuguese repertories and with cultural and musical connections between Portugal and other countries. He has edited music by three of the most important Portuguese composers of the period, Manuel Cardoso, Pedro de Cristo and Duarte Lobo. His published work on Spanish music has included studies of the works of Cristóbal de Morales and Francisco Guerrero, including issues of emulation. He has also written on the sacred music of William Byrd.

His research is frequently reflected in the performances and recordings of the various vocal groups which he directs: Contrapunctus, The Choir of The Queen's College, and The Cambridge Taverner Choir. With these groups he has released recordings on the Hyperion, Guild, and Herald labels, including six recordings of Portuguese polyphony by Manuel Cardoso, Duarte Lobo, Pedro de Cristo, and other composers. He presents numerous concerts with these groups, in the UK and abroad, each year. Recent festival appearances include: Oslo Kirchenmusic Festival, Festival International "Portico de Semana Santa de Zamora", and the York Early Music Festival. As Organist of The Queen's College, he directs the Choir in its provision of music at chapel services (three each week during termtime), concerts, tours, and recordings.

His Faculty teaching at Oxford has included many areas of Renaissance music, as well as historical performance practice and choral conducting. Recent undergraduate topics have included Music and the Protestant Reformations to c. 1630 and Music in the Iberian World, 1492-1650. At Queen's and Somerville he teaches many areas of the undergraduate course, including historical topics, techniques of stylistic composition, analysis, and keyboard skills. He has supervised postgraduate dissertations on a wide range of topics, particularly within the fields of Renaissance and Baroque music.