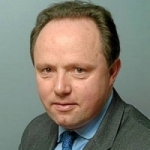 Nick Robins is Head of the Climate Change Centre of Excellence at HSBC in London. Since joining HSBC, Nick has co-authored research on long-term energy prospects (Energy in 2050), the investment opportunities in low-carbon growth through to 2020 (Sizing the climate economy, September 2010), and the links between climate change and fiscal stimulus (Building a green recovery, May 2009). In the 2010 and 2011 Thomson Extel awards for Pan-European investment research, HSBC was rated the #1 firm for integrated climate change and renewable energy, and in 2011, Nick was ranked #1 analyst for climate change.

Nick has more than 20 years experience in the policy, business and investment implications of sustainable development and corporate responsibility. In 1990, he authored Managing the Environment: the Greening of European Business (translated as L’imperatif ecologique, Calmann-Levy, 1992). Nick is also author of The Corporation that Changed the World: How the East India Company Shaped the Modern Multinational (2006) as well as co-editor of Sustainable Investing: the Art of Long-Term Performance (2008). He co-chairs the UNEP Finance Initiative’s Climate Change Working Group, and is a member of BT’s CSR Leadership Panel as well as GE’s Corporate Citizenship Panel.

Before joining HSBC, Nick was head of SRI funds at Henderson Global Investors. He has also worked for the International Institute for Environment and Development, the Business Council for Sustainable Development, the European Commission and the Economist Intelligence Unit. He has a BA in History (First Class) from Cambridge University and an MSc in International Relations (with Distinction) from the London School of Economics.