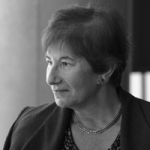 Professor the Baroness Deech of Cumnor DBE was the Gresham Professor of Law between 2008 and 2012. She is Chair of the Bar Standards Board, a position she has held since 2009.

Baroness Deech received her Bachelors and Masters degrees from St. Anne's College, Oxford, before going on to further legal studies in the U.S.A. and the Netherlands. Three years after being called to the Bar (Inner Temple), she returned to St. Anne's College, Oxford, where she took up the position of Tutorial Fellow in Law, a position she held until she became the Principal of the College in 1991. During this period, Professor Deech held a number of highly prestigious international positions within academia, the legal profession and beyond. These include Pro Vice-Chancellor of the University of Oxford (2001-2004) and BBC Governor (2002-2006).

In 2004 she stepped down from her positions at Oxford and became the Independent Adjudicator for Higher Education (2004-2008). Professor Deech's specialisation is in reproductive law, medicine and ethics. Through this she was the Chairman of the UK Human Fertilisation and Embryology Authority (1994-2002), a non-executive Director of the Oxfordshire Health Authority (1993-1994) and an ex officio member of the Human Genetics Commission (1991-2002).

Professor Deech was appointed a crossbench Peer in 2005 and is currently a member of the House of Lords Select Committee on Communications.