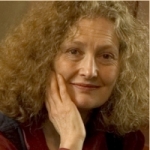 Originally, Emma Kirkby had no expectations of becoming a professional singer. As a classics student at Oxford and then a schoolteacher she sang for pleasure in choirs and small groups, always feeling most at home in Renaissance and Baroque repertoire. She joined the Taverner Choir in 1971 and in 1973 began her long association with the Consort of Musicke. Emma took part in the early Decca Florilegium recordings with both the Consort of Musicke and the Academy of Ancient Music, at a time when most college-trained sopranos were not seeking a sound appropriate for early instruments. She therefore had to find her own approach, with enormous help from Jessica Cash in London, and from the directors, fellow singers and instrumentalists with whom she has worked over the years.

Emma feels privileged to have been able to build long-term relationships with chamber groups and orchestras, in particular London Baroque, the Freiburger Barockorchester, L'Orfeo (of Linz) and the Orchestra of the Age of Enlightenment, and now with some of the younger groups such as the Palladian Ensemble and Florilegium.

To date she has made well over a hundred recordings of all kinds, from sequences of Hildegarde of Bingen to madrigals of the Italian and English Renaissance, cantatas and oratorios of the Baroque, works of Mozart, Haydn and J. C. Bach. Recent recordings include: Handel: Opera Arias and Overtures 2 for Hyperion, Bach wedding cantatas for Decca, Bach Cantatas 82a and 199 for Carus; and four projects for BIS: with London Baroque, one of Handel motets and one of Christmas music by Scarlatti, Bach and others; with the Royal Academy Baroque Orchestra the first recording of the newly-rediscovered Gloria by Handel; and with the Romantic Chamber Group of London, Chanson d'amour: songs by the American composer Amy Beach, who died in 1944.

More recent recordings: an anthology, Classical Kirkby, devised and performed with Anthony Rooley, on the BIS label, 2002; Cantatas by Cataldo Amodei, also for BIS, 2004; with Fretwork, consort songs by William Byrd, for Harmonia Mundi USA, 2005.; Scarlatti Stabat Mater with Daniel Taylor, for ATMA, 2006; Honey from the Hive, songs of John Dowland, with Anthony Rooley, for BIS, 2006: and Musique and Sweet Poetrie, also for BIS, 2007; lute songs from Europe with Jakob Lindberg.

In 1999 Emma was voted Artist of the Year by Classic FM Radio listeners; in November 2000 she received the Order of the British Empire, and in June 2007 was delighted to be included in the Queen's Birthday Honours List for appointment as a Dame Commander of the Order of the British Empire. BBC Music Magazine, April 2007, in a recent survey to find “The greatest sopranos,” placed Emma at number ten. While such things are inevitably parochial, partial, controversial, and outdated as soon as they appear, she is pleased at the recognition this implies for an approach to singing that values ensemble, clarity and stillness alongside the more obvious factors of volume and display.

Despite all the recording activity, Emma still prefers live concerts, especially the pleasure of performing favourite programmes with colleagues; every occasion, every venue and every audience will combine to create something new from this wonderful repertoire.