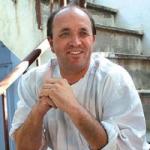 William Dalrymple was born in Scotland and brought up on the shores of the Firth of Forth. He wrote the highly acclaimed bestseller In Xanadu when he was twenty-two. The book won the 1990 Yorkshire Post Best First Work Award and a Scottish Arts Council Spring Book Award; it was also shortlisted for the John Llewellyn Rhys Memorial Prize. In 1989 Dalrymple moved to Delhi where he lived for six years researching his second book, City of Djinns, which won the 1994 Thomas Cook Travel Book Award and the Sunday Times Young British Writer of the Year Award. From the Holy Mountain, his acclaimed study of the demise of Christianity in its Middle Eastern homeland, was awarded the Scottish Arts Council Autumn Book Award for 1997; it was also shortlisted for the 1998 Thomas Cook Award, the John Llewellyn Rhys Prize and the Duff Cooper Prize. A collection of his writings about India, The Age of Kali, won the French Prix D’Astrolabe in 2005.

White Mughals was published in 2003, the book won the Wolfson Prize for History 2003, the Scottish Book of the Year Prize, and was shortlisted for the PEN History Award, the Kiryama Prize and the James Tait Black Memorial Prize.

In 2002 he was awarded the Mungo Park Medal by the Royal Scottish Geographical Society for his ‘outstanding contribution to travel literature’. He wrote and presented the television series Stones of the Raj and Indian Journeys, which won the Grierson Award for Best Documentary Series at BAFTA in 2002. His Radio 4 series on the history of British spirituality and mysticism, The Long Search, won the 2002 Sandford St Martin Prize for Religious Broadcasting and was described by the judges as ‘thrilling in its brilliance … near perfect radio’. In December 2005 his article on the madrasas of Pakistan was awarded the prize for Best Print Article of the Year at the 2005 FPA Media Awards. June 2006 he was awarded the degree of Doctor of Letters honoris causa from the University of St Andrews “for his services to literature and international relations, to broadcasting and understanding”. In 2007, The Last Moghal won the prestigous Duff Cooper Prize for History and Biography. In November 2007, William received an Honourary Doctorate of Letters, Honoris Causa, from the University of Lucknow University “for his outstanding contribution in literature and history”, and in March 2008 won the James Todd Memorial Prize from the Maharana of Udaipur.