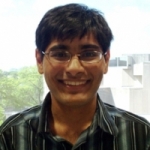 Distinquished Fulbright Scholar, Prajwal Ciryam was born in India, he grew up in North Carolina, graduating from Williamston High School when he was 15.

He earned a degree in Biological Sciences from Northwestern University's Honors Program in Medical Education in 2006.

During college, he conducted Alzheimer's disease research. He was also the student government Academic Vice President, co-host of a political talk radio show, and a columnist for the Daily Northwestern.

Prajwal is currently an MD and PhD student in Northwestern's Medical Scientist Training Program. He is researching protein misfolding, a process that underlies Alzheimer's, Huntington's, Type II Diabetes, and other diseases.

He previously served as the Executive Director of CatarACT International, a non-profit that sought to fight the burden of curable blindness by partnering with West African surgeons to build sustainable cataract surgical clinics in their communities.

Prajwal has an interest in domestic health systems, as well. As a member of the steering committee for Health Care for All Illinois, he helped to organise grassroots action to promote the adoption of a universal, single-payer health system in the United States.

Prajwal sees medicine in the broadest of terms, a network of partnerships: Between biological systems and their environment, physicians and their patients, health systems and their society. At their best, all of these remarkably, improbably, strike the balance of life.

Prajwal's projects incorporate a variety of angles on medicine to think about and build on these networks, from advocacy to development to basic biological research.

Prajwal is currently researching protein misfolding in the Department of Chemistry at the University of Cambridge, as a Fulbright.