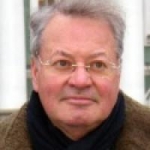 Professor John Hedley Brooke was educated at Cambridge University, obtaining a first class degree in the natural sciences (1965) and a doctorate for work on the history of chemistry (1969). For 30 years he taught at Lancaster University, becoming a member of the International Academy of the History of Science in 1993. In 1995, with Professor Geoffrey Cantor, he gave the Gifford Lectures at Glasgow University. From 1999 to 2006, he was the first Andreas Idreos Professor of Science & Religion at Oxford University, Director of the Ian Ramsey Centre and Fellow of Harris Manchester College.

Following retirement, he has spent time as a 'Distinguished Fellow' at the Institute of Advanced Study, University of Durham (2007). He has lectured worldwide on science & religion and in November 2001 gave the 'Distinguished Lecture' of the History of Science Society. From 2000 to 2003 he directed the European Science Foundation's Network on 'Science and Human Values'.

Among his books are Science and Religion: Some Historical Perspectives (Cambridge University Press, 1991), which won the Watson Davis Prize of the History of Science Society and a Templeton prize for outstanding books on science & religion; Thinking About Matter (Ashgate, 1995); and (with Geoffrey Cantor) Reconstructing Nature: The Engagement of Science & Religion (T & T Clark, 1998; Oxford University Press, 2000). He has also contributed to both The Cambridge Companion to Darwin and The Cambridge Companion to the Origin of Species.