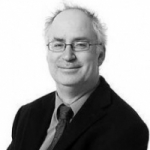 Simon Wessely is Professor of Psychological Medicine at the Institute of Psychiatry, King’s College London, and Honorary Consultant Psychiatrist at King’s and Maudsley Hospitals. He started at Cambridge, and read Art for his Part 2, developing an abiding love for Vassily Kandinsky and equal dislike for the work of Marc Chagall. He then attended clinical school at Oxford, followed by two years on a medical rotation in Newcastle being a real doctor and getting medical membership. However, he always intended to study psychiatry, and started training at the Maudsley in 1984, and has not really left Camberwell since, other than a year at the National Hospital for Neurology, and a year studying epidemiology at the London School of Hygiene. He also spent a sabbatical in the Department of War Studies at King’s College London.

His research interests are in the grey areas between medicine and psychiatry, clinical epidemiology, psychiatric injury and military health. His first paper was called “Dementia and Mrs Thatcher”, but since then he has published over 600 papers on many subjects (H index = 55). His research has covered epidemiology, post traumatic stress, psychological debriefing, chronic fatigue syndrome, history, chronic pain, somatisation, Gulf War illness, military health and terrorism. In the first part of his career his main areas of research focused around clinical epidemiology, and with special emphasis on unexplained symptoms and syndromes, most particularly the chronic fatigue syndrome. He established the first NHS only service for sufferers, and the first academic unit in this country dedicated to researching the illness. Over the years the unit has produced research looking at many aspects of the illness, including biochemistry, epidemiology, history, immunology, neuroimaging, neurology, psychology, psychiatry, sociology, virology and other areas.

For the last ten years his research has shifted towards various aspects of military health. He is Director of the King’s Centre for Military Health Research Unit at King’s College London. Beginning with a series of multi disciplinary studies into Gulf War Illness, the unit has studied psychological stressors of military life, PTSD, risk communication, risk and benefits of military service, screening and health surveillance within the Armed Forces, social and psychological outcomes of ex service personnel, and historical aspects of war and psychiatry In 2006 the unit published the first results of a study of the physical and psychological health of 12,000 UK military personnel, half of whom had served in the Iraq conflict. Further work has looked at issues such as vaccination, risk taking, screening, stigma and barriers to care, stress management, "over stretch", health of reservists, outcomes of treatment, and developing new interventions. In 2010 the team published the results of follow up of the cohort in the Lancet, successfully tracing 10,000 serving and ex serving personnel. This data showed that overall the mental health of the Armed Forces remained robust, despite the impact of the wars in Iraq and Afghanistan. There was no evidence of a “tidal” or “bow” wave of mental health problems, as some have predicted, but Reservists and combat troops continued to have elevated rates of mental health problems after deployment, whilst alcohol misuse had increased. New work is continuing on transition to civilian life, differences between regulars and reserves, impact of new policies and interventions and crime and violence, New studies include randomised controlled trials of different ways of psychological support after deployment, a unique RCT of post deployment screening, and the impact of deployment on family life and children. Professor Wessely remains Honorary Civilian Consultant Advisor in Psychiatry to the Army.

Professor Wessely has a long standing interest in how people and populations react to adversity. He has received support from the Home Office, Department of Health and Health Protection Agency to look at issues such as how ordinary Londoners reacted to the 2005 bombs, and then how people did react to issues such as the polonium incident and swine flu, and how they might react to CBRN terrorism. At the same time he and Professor Edgar Jones, Chair of History of Psychiatry in the department, have looked at the same issues in the past, such as psychological impact of chemical weapons in World War 1, or why didn’t Londoners’ panic during the Blitz. All of this is part of a general programme of research suggesting that ordinary people are more resilient than professionals sometimes credit, and that interventions need to build upon, and not detract from, that essential resilience.

Professor Wessely was elected to the Academy of Medical Sciences in 1999, and became a Foundation Senior Investigator of the National Institute of Health Research (NIHR) in 2008. In 2010 he became Vice Dean for Academic Psychiatry at the Institute of Psychiatry, with a major responsibility for undergraduate and postgraduate training. He is committed to ensuring that King’s School of Medicine becomes the premier destination for students with an interest in psychiatry/neurosciences, and that the Maudsley rotation remains Europe’s not just largest, but also best, postgraduate training scheme.

Finally, he has recently co authored books on chronic fatigue syndrome, the randomised controlled trial in psychiatry, and a new history of shell shock – but none has yet reached the best seller lists. He is more proud of the fact, contrary to the expectations of his friends and family, he has now completed the Pedal to Paris to raise money for the Royal British Legion on five occasions.