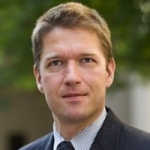 Markus Haacker is a growth and development economist based in London. From 1999–2008, he worked at the International Monetary Fund, mainly at the African Department. Since 2008, he has been an Honorary Lecturer at the London School of Hygiene and Tropical Medicine, and as a consultant to the World Bank.

His work on the macroeconomic aspects of information and communication technologies includes contributions to the International Monetary Fund’s World Economic Outlook and the Global Information Technology Report published by the World Economic Forum.

Other notable work includes several publications on macroeconomic and fiscal aspects of HIV/AIDS and the response to HIV/AIDS, notably the "Macroeconomics of HIV/AIDS," published by the IMF. Dr. Haacker is chairman of the German publishing house ARCO. He holds a PhD in Economics from the London School of Economics.